Vent-O-Mat RGX - Air Release Valves
< Back to search
This product is related to this category: 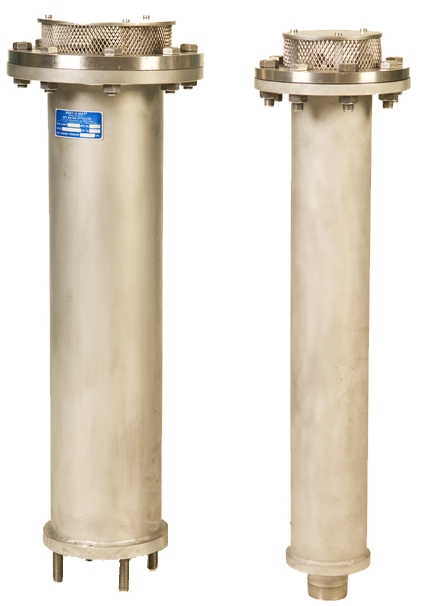 A) VENTING OF A FILLING PIPELINE:

The operation of a conventional sewage air release valve is such that fast approaching sewage/effluent is almost instantaneously halted by the valve's closure. Consequently a transient pressure rise or shock of potentially damaging proportions can be generated in a pipeline system, even at normal filling rates.

In instances where a pipeline experiences liquid column separation due to pump stoppage, high shock pressures can be generated The Vent -O- Mat series RGX takes in air through the unobstructed large orifice when column separation occurs, but controls the discharge of air/gas through the "Anti-Surge" Orifice as the separated column commences to rejoin. The rejoining impact velocity is thereby sufficiently reduced to prevent an unacceptably high surge pressure in the system. In the same way the series RGX valve prevents high surge pressures resulting from liquid oscillation in a pipeline.

Air/gas flows through the annular area around the control float assembly and to atmosphere through the large orifice.

In reaction to an increase in air/gas flow, the "Anti - Surge" float closes the large orifice and air/gas is forced through the "Anti - Surge" Orifice resulting in a deceleration of the approaching liquid due to the resistance of rising air/gas pressure in the valve. Attention is drawn to Pre Notes (A) and (B) above.

Sewage/effluent has entered the the valve chamber and buoyed the floats to close both the large and the small orifice. The design's compression/ volume relationship prevents the media from ever exceeding the maximum surge level indicated in diagram 3. The resultant sewage/ effluent free area protects against the fouling of the orifice seals by solids or high viscous substances - for this reason

NO FLUSHING CONNECTIONS ARE NECESSARY.

The volume of disentrained air/gas increases in the valve and displaces the sewage/effluent to the lower, normal operating level (small orifice control float buoyancy level). Any additional lowering of the sewage/effluent level, as would occur when more air/gas enters the valve, will result in the control float dropping away from the small orifice through which pressurized air/gas is then being discharged to atmosphere.

The control float will close the small orifice when sufficient air/gas has been released to restore the sewage effluent to the normal operating level.

NO FLUSHING CONNECTIONS ARE NECESSARY.

When the internal pipeline pressure reduces to atmosphere the "Anti - Surge " mechanism and control float assembly drops, opens the large orifice and allows the pipeline to take in air to displace the draining media so as to prevent undesirable low negative pressure*.The hollow, smooth side float design discourages adherence of solids and viscous substances which, therefore, tend to withdraw from the valve into the pipeline when draining occurs - for this reason NO FLUSHING CONNECTIONS ARE NECESSARY. 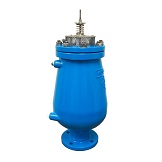 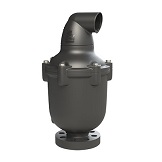 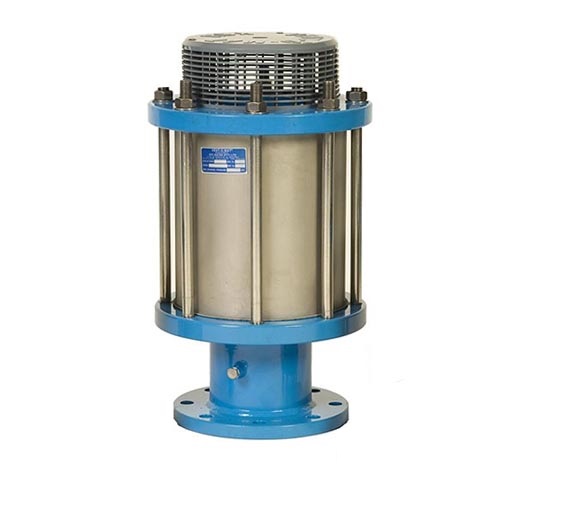